We’ve been really busy the past few weeks doing some big jobs and getting the shop organized to run more efficiently. Take a look at the red shelving system we made for celebrity chef Guy Fieri’s restaurant that’ll be opening up soon in Time Square. It’s 24′ wide x 14′ tall and was powdercoated red and aged back to give it a 1950s feel. We’ll be making another shelf shortly for the same restaurant, but in a different style, so stay tuned. I’ll get installed photos too. It’s modular which makes it easy to ship and install.

Here’s a write-up on the place –> http://ny.eater.com/tags/guys-american-kitchen-and-bar 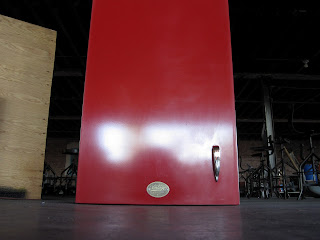 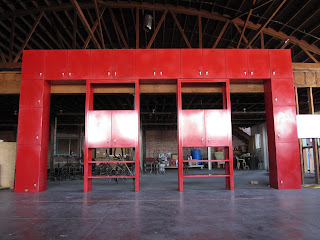 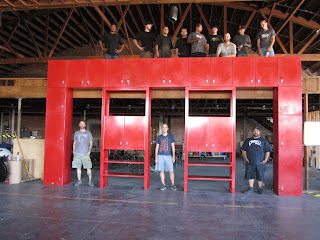 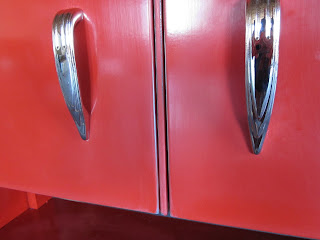 We made some I Beam bases for the MGM Casino in Detroit which had extra rivets, and doors to access the inside. They are going in the bar area and will have beer taps routed through the center so the patrons will have self-service beer, in other words, beer taps on the bar tables! 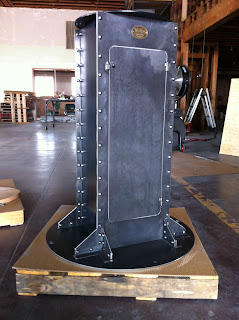 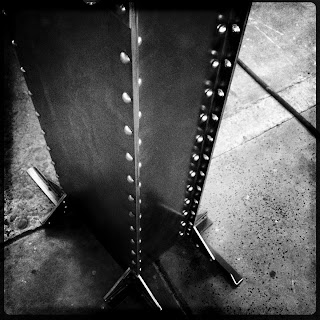 And here is a sneak peak at our new Ellis shelf design. It’s made with the Ellis steel frame, and aged solid cherry wood on the sides and shelves. This one is 48″ wide x 16″ deep x 78″ tall, although it can be made in any size, and weighs in at 175 lbs (the cherry wood is heavy). This can also be enclosed like the original Ellis console with added doors. Caster would look nice too. Still working on pricing, and I’ll have better pics soon. 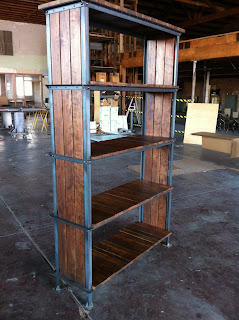 Below is a custom Ironworker shelf we just finished for a client. It was made in 3 sections that bolt together and has 6 shelves, around 650 rivets, aged sugar pine wood, a rusted steel patina, and a 5″ apron. It measures 7.5′ tall by 9′ wide.  This would work great as a bookcase or fixture in a retail store. 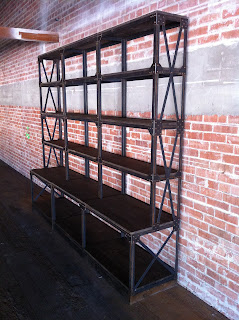 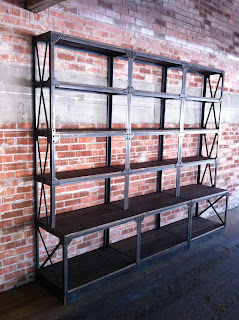 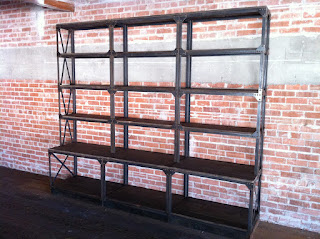 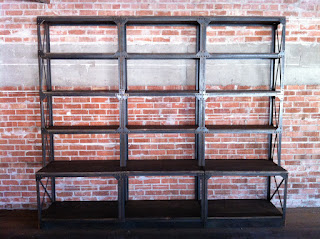